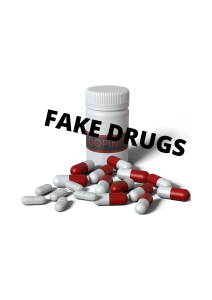 INTRODUCTION
Faking and counterfeiting of drugs is a global menace particularly prevalent in developing countries perhaps due to inadequate regulations and control. Arguably, most counterfeit drugs are manufactured in some Asian countries; however, there is
an increasing number of counterfeit medicines now being produced in Africa, Latin America, and some eastern European countries. According to the World Health Organisation, one in 10 medications sold in Africa are either fake or substandard and about 280,000 children die annually from treatment with fake medicines in sub-
Saharan Africa.  Considering the prevalent poverty rate in sub- Saharan Africa the price of drugs could also be regarded as a contributing factor to the increasing number of counterfeit medicines in the market, especially in developing countries such as Nigeria.

WHAT ARE FAKE DRUGS?

Fake drugs are also referred to as counterfeit drugs fraudulently produced or mislabeled and purchased by consumers who believe them to be legitimate treatment. These drugs can cause a range of health complications. They are usually produced in
substandard conditions and with the wrong amount of active ingredients. They are also produced with the intention to deceive the consumer about the origin and authenticity of the drug/medicine. Counterfeiters can fake a variety of pharmaceutical drugs. The most common counterfeited drugs are the chronic medications. Chronic medications include antibiotics, corticosteroids, diabetes medicines, hypertensive medicines, drugs for erectile dysfunction, cancer drugs amongst others.

DANGERS OF FAKE DRUGS
Fake drugs are dangerous and when consumed could lead to several health complications for the following reasons:

SIDE EFFECTS OF FAKE DRUGS

FAKE DRUGS AS A THREAT TO PUBLIC HEALTH IN NIGERIA
The National Agency for Food Drug Administration and Control (NAFDAC) in their 2018 investigations revealed that N4.7 billion worth of fake drugs were destroyed in four exercises in Abuja, Kaduna, Gombe, and Ogun states. The increased number of
fake drugs is alarming and has become a major contributor to high mortality rate in the country. The ease of availability and consumption of fake drugs has not only contributed to high death rate but also prolonged periods of illness and led to the
development of severe health complications. A typical example is the counterfeit Postinor 2 (an emergency contraceptive), which when consumed, could lead to several health complications.

Sadly, the consumption of these counterfeit medicines has contributed to the growing problem of drug resistance and health complications. The World Health Organization (WHO) warns that the availability and consumption of fake drugs leads to loss of
confidence in healthcare providers and health systems.

According to the Pharmaceutical Society of Nigeria, the main sources of fake drugs in Nigeria are India, China, and Pakistan amongst others. NAFDAC in 2019 declared that about 17% of all pharmaceuticals drugs in Nigeria are fake.  Lagos has one of the largest open drug markets in the country where all kinds of drugs
are sold in open spaces. In such places, one does not need to be a pharmacist or a patent propriety medicine vendor to buy and sell drugs – professionalism is thrown out the window. In this situation, it is difficult to differentiate between the fake and the genuine drugs. The Pharmaceutical Society of Nigeria also disclosed recently that many illegal drug outlets are springing up in the country. In these outlets, expired drugs are relabeled for sale.

Visual inspection of the package

1. Examine the package and check if it is different from what you previously
know
2. Check if the security seal has been tampered with by looking for breaks or tears in the seals
3. Look for unusual font sizes, print, colour, and spelling errors
4. Check the legibility of the information on the package
5. Check if the batch number, expiry date and manufacturer’s address on the secondary package are the same with that on the primary package
6. Check if the package has the exact manufacturer’s address, and not just the country address.
7. Check if the registration number (NAFDAC number as the case is for products marketed or sold in Nigeria) is properly printed or if it appears to be tampered with.

Visual inspection of the pamphlet containing information on dosage

Check for differences in the colour, uniformity, size, shape of the drug. Check for chips, cracks, and discolouration on the tablet. An example is the fake postinor- 2 which come in white packs. According to the Society for Family Health, the major distributors of Posinor-2, the real pack come in green with gold stripes.

Use mobile authentication services such as Chekkit and using the NAFDAC SMS. I.e the Postinor- 2 employs the mobile authentication services scheme which allow consumers/users to verify the authenticity of the product through the use of scratch codes. Once the consumer scratches a panel on the Postinor- 2, a unique, one-time short code is revealed, which is then sent to the number 1393 using any of the GSM operators. After which, the consumer receives a response in form of a text message (SMS) stating that the product is either genuine or suspected fake.

Buying drugs from unqualified vendors and hawkers in bus stops, markets and on the streets increases one’s chances of buying fake drugs.

If the price of the drug is way below its usual price, then one should think twice before buying it. Although some fake drugs are sold at the same price as the genuine ones.

In conclusion, they are thousands of counterfeit drugs in the market. The negative impact of these drugs on public health of nations cannot be overemphasized. All countries are affected
by this, but the greatest impact appears to be felt in the developing countries especially in sub-Saharan Africa. Extreme care should be taken when purchasing drugs. Some of the tips mentioned above can help reduce one’s chances of purchasing and consuming fake drugs. 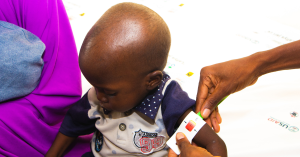 What is Malnutrition and How Can We Solve It?

By Elizabeth Adeyemo Without proper nutrition, especially in the first 1000 days 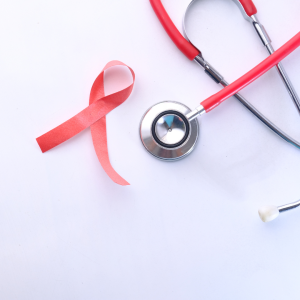 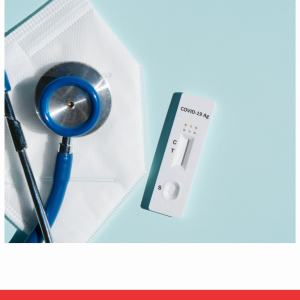 ‘A sense of relief’: the Nigerian project helping babies to be born free of HIV 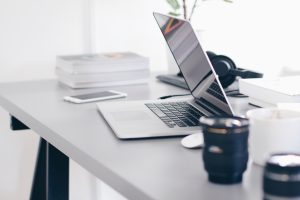 By Elizabeth Adeyemo  Over the past 20 years, technology has dramatically revolutionised